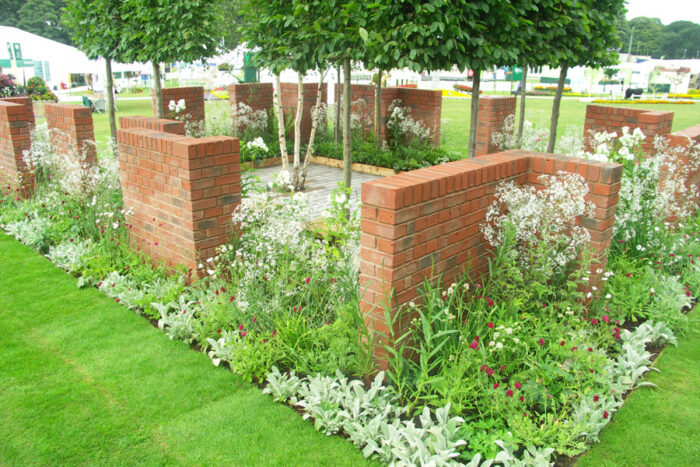 This garden was inspired by Jessie Hartley’s vision for the Albert Dock. It has been built with the creation of fragmented walls, using new bricks with a reclaimed appearance, and softened by the use of pleached trees. It has been designed to be viewed both from within the garden and by visitors walking around it, and provides a peaceful and calm setting. The garden won RHS gold medal and ‘Best in Show’. It has now been re-built at The Purbeck School in Wareham.

These photos show the area the garden had to be built on, and offer a glimpse of the process of construction, as well as the final outcome! 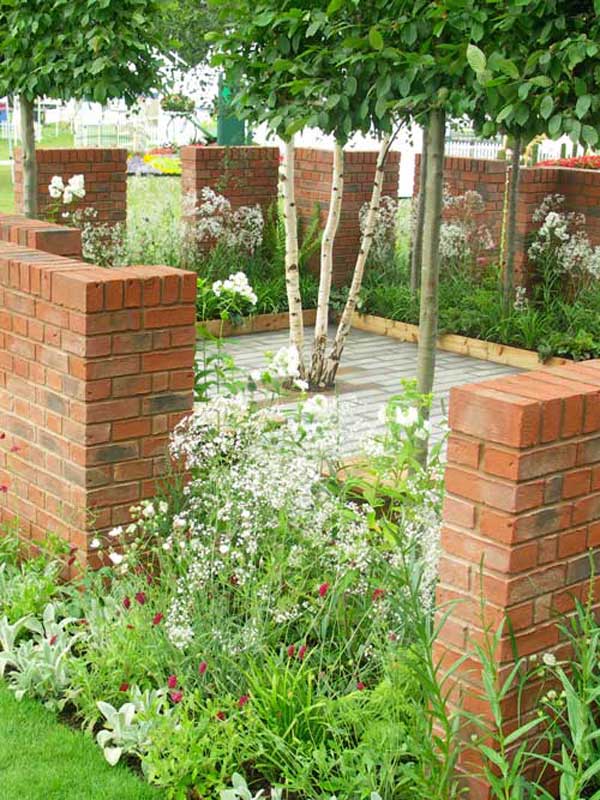 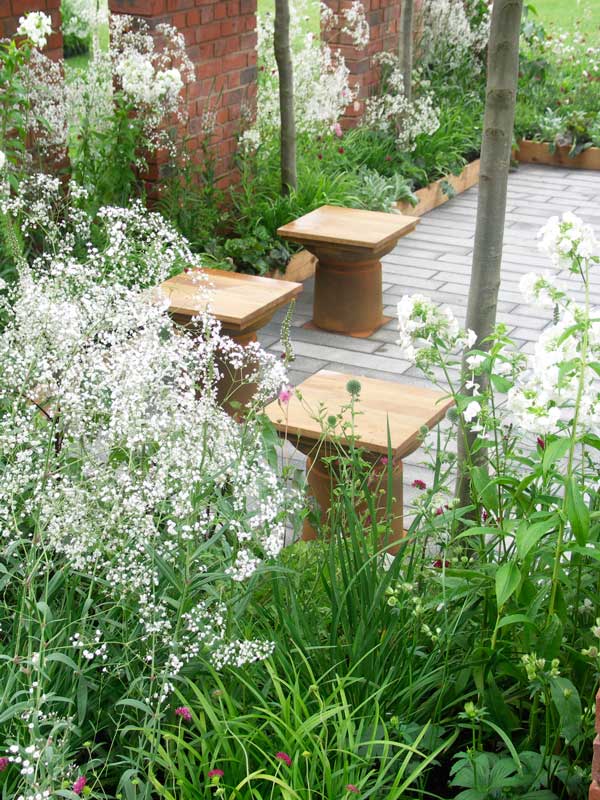 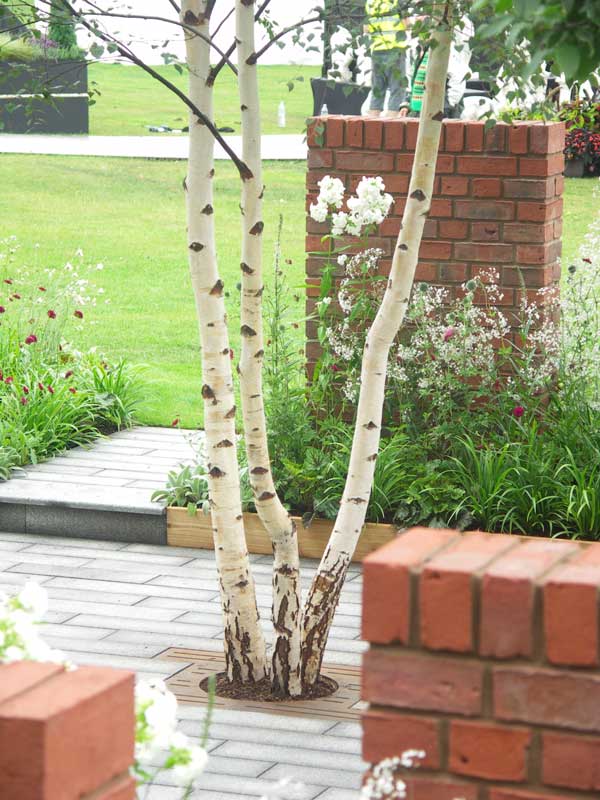 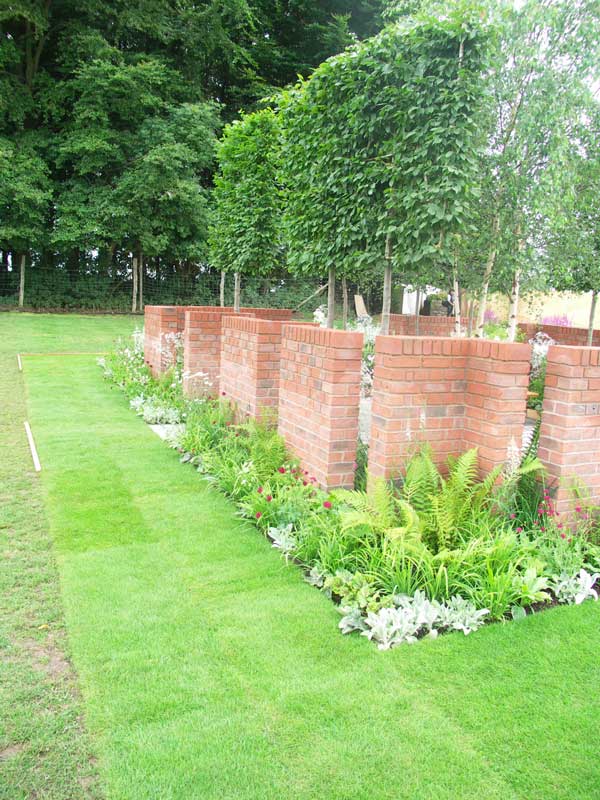 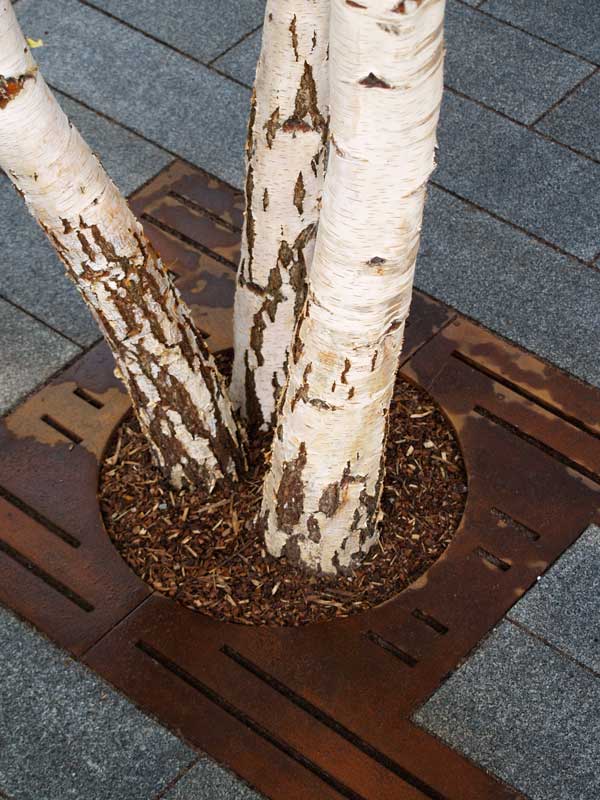 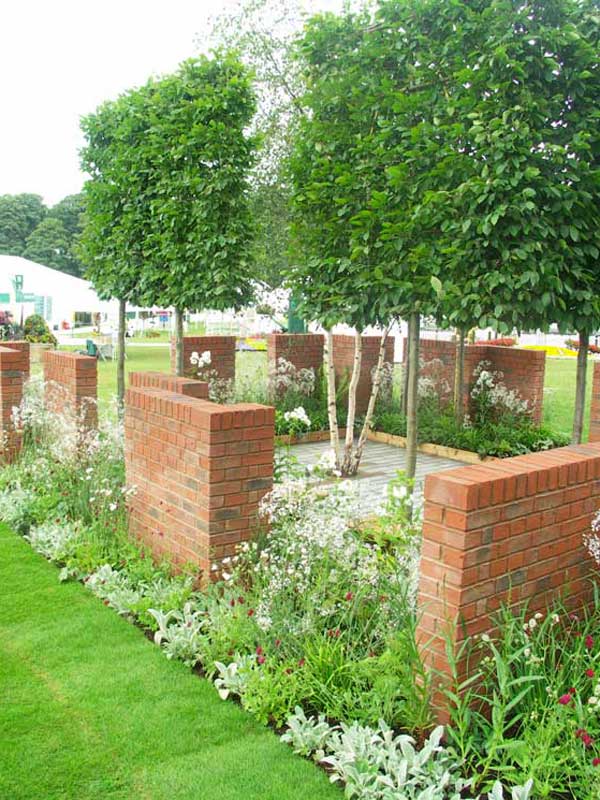 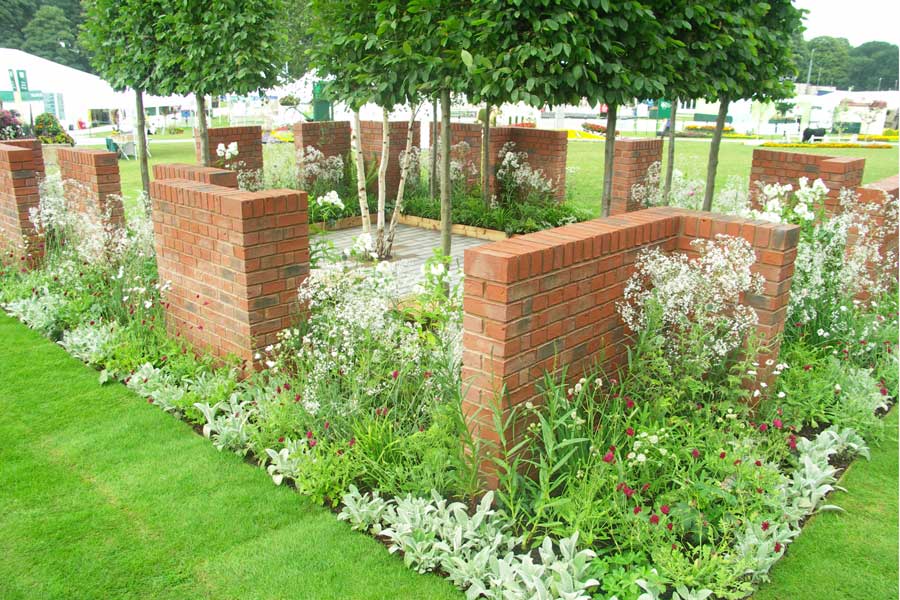 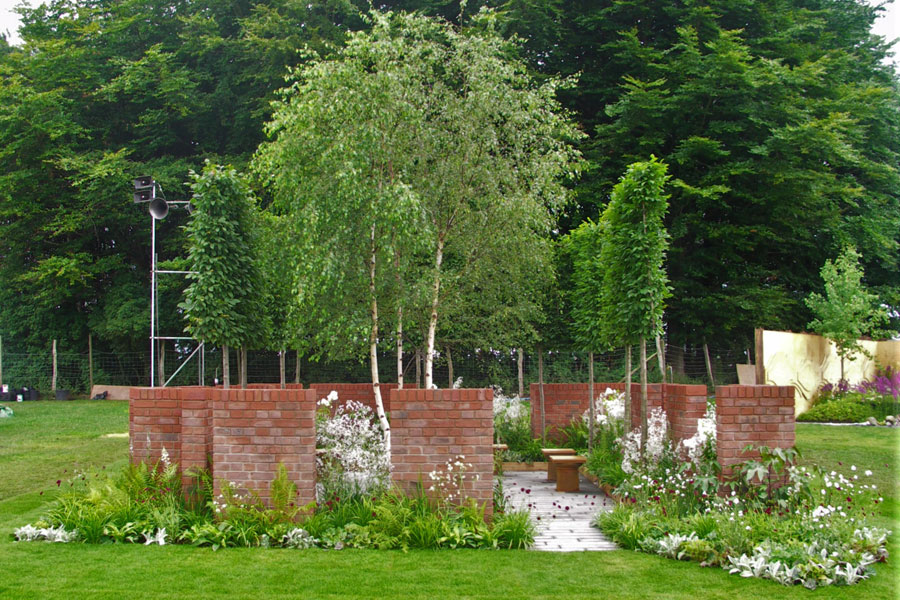 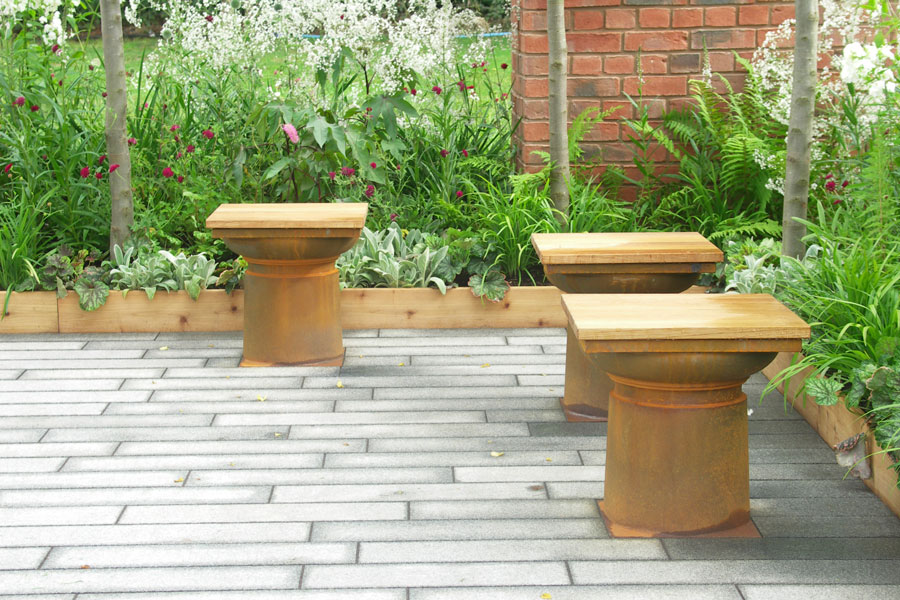 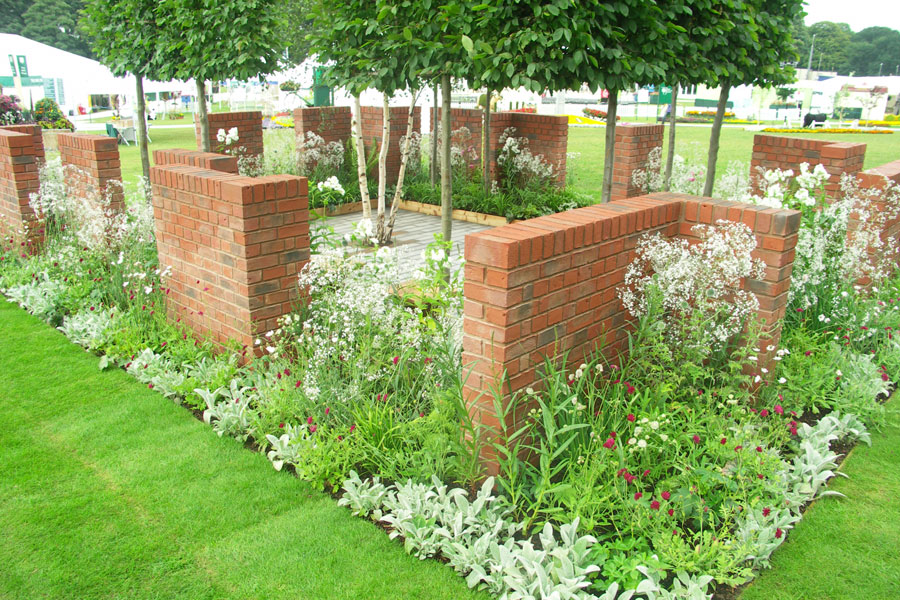 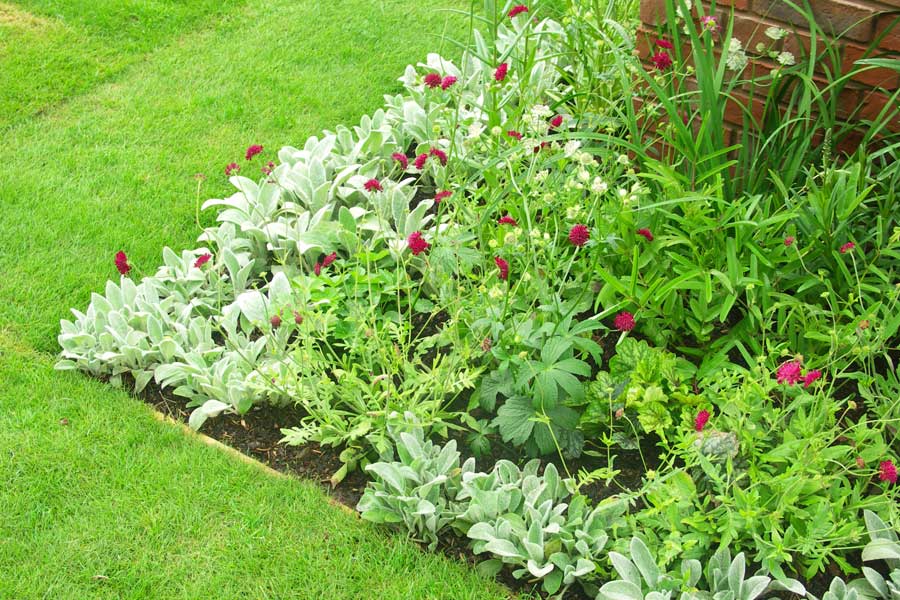 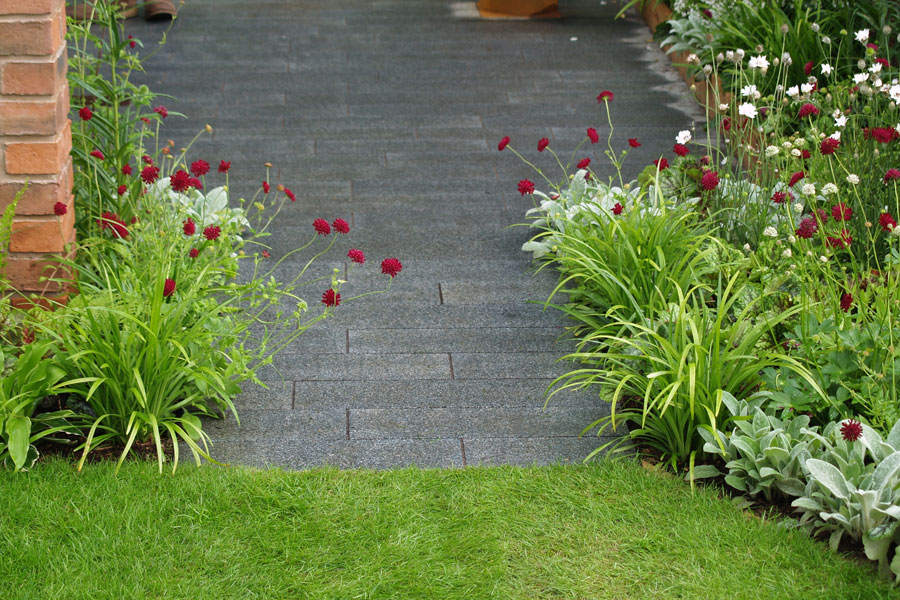 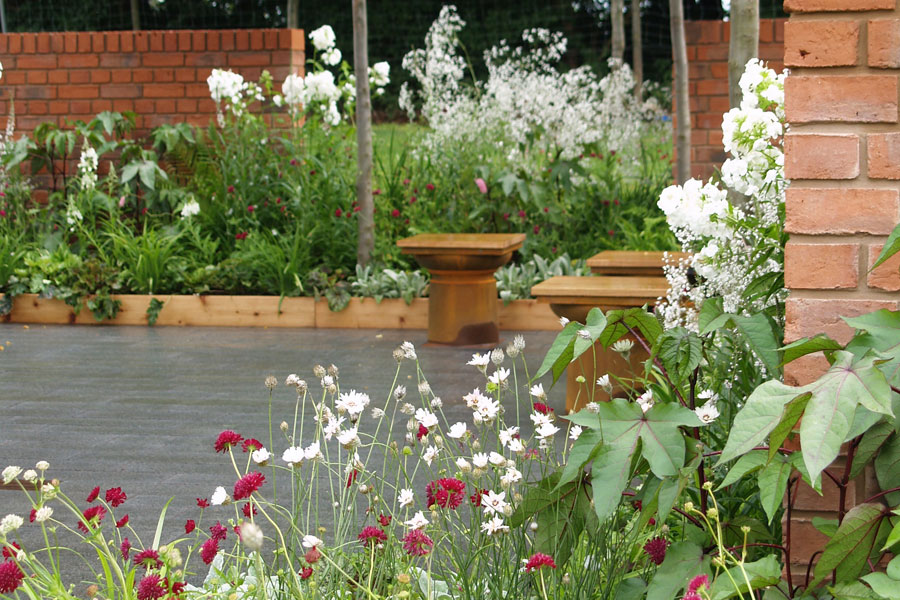 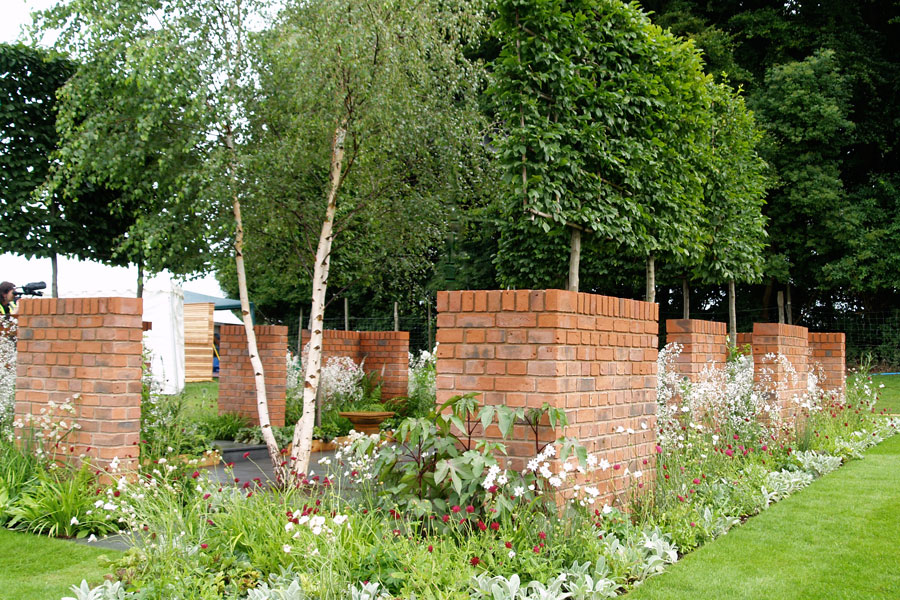